In 1934 a small group of Waterloo County naturalists sent out letters with the intent of forming a Nature Club in Kitchener and Waterloo. Ten people attended that first meeting on Thursday May 10th, 1934 at the YMCA on Queen Street in Kitchener.

Their first outing the following Sunday produced this report:

“Shortly after 6:00 this morning a group of 13 gathered in Breithaupt’s Woods to study birds, flowers, etc. The weather was cool and the sky overcast making the visibility very poor, but in spite of these handicaps the party identified from 50 to 70 species of birds and several spring flowers and plants.”

Meetings had an average attendance of 22. Junior and senior members presented topics of general interest, illustrated with reflected slides and specimens. It was chiefly a study group. As field guides were generally unavailable, mimeographed sheets were prepared for members.

The meeting location changed over the years as they moved to the old Carnegie Library in Kitchener in 1941, then the "new" Kitchener Library in 1961, Highland Road United Church in 1981, Wing 404 Rotary Adult Centre in 1990 and finally the present location: Knox Presbyterian Church in 2015. 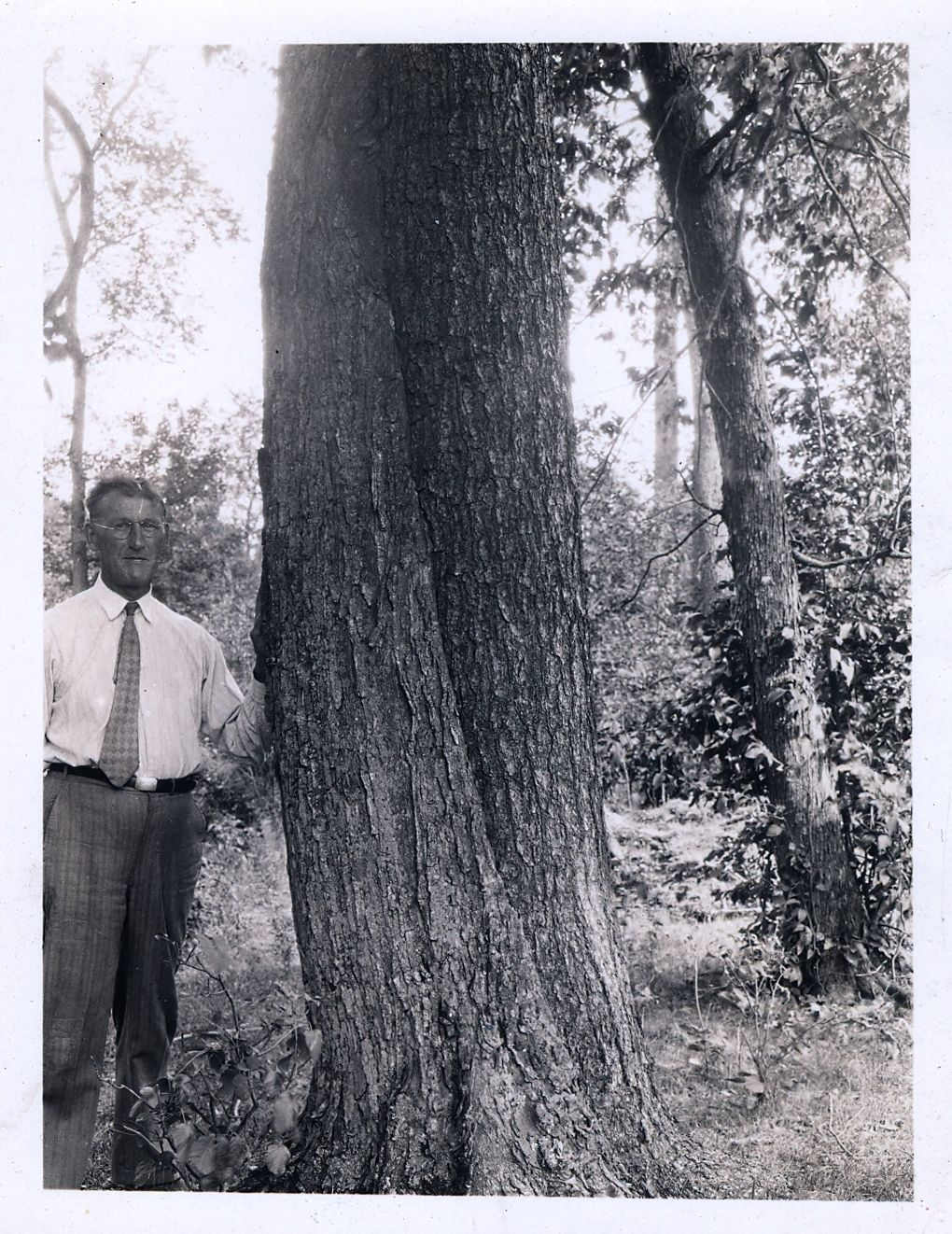 Frank Schantz was a Founder of the KWFN organized in 1934

When WWII started, attendance dropped as members got involved in the war effort. A decision was made to temporarily disband the club and that lasted from 1942 to February 1946.

After the war, the pattern resumed  was: a monthly meeting, an outing on the Saturday following the meeting, and sometimes a picnic after the outing. Outings were very much a social event with friends and family.

Educational outreach was important, and hundreds of illustrated talks were presented to many local organizations.

By the 1950s the club had 50 paid memberships and an average attendance of 35 at the monthly meetings.

In 1953 the club began sponsoring Audubon Wildlife films and by charging admission over the next three decades was able to establish a special fund to purchase property.

In 1962 an 87 acre wilderness area in North Dumfries was purchased by the club. However they didn't have the funds to build boardwalks or trails, and to pay property taxes, so in the following year an agreement was made with the Grand  River Conservation Authority to take over ownership and maintenance of the FWR Dickson Wildlife Sanctuary.

In 1964 they were involved (again with the GRCA) in preserving the Bannister Marsh - Wrigley Lake area.

In 1968 the Phillipsburg Heronry was purchased, but shortly after that a severe windstorm destroyed many of the trees and the herons left. The property was then sold.

In 1967 a wetland property south of Roseville was acquired which was later renamed the Founders' Wildlife Sanctuary.

In 1973 they purchased a floodplain property on the Nith River outside of New Dundee, and it was later renamed the F.H. Montgomery Wildlife Sanctuary, after one of the club's founders.

These last two properties are still owned and cared for by Waterloo Region Nature. 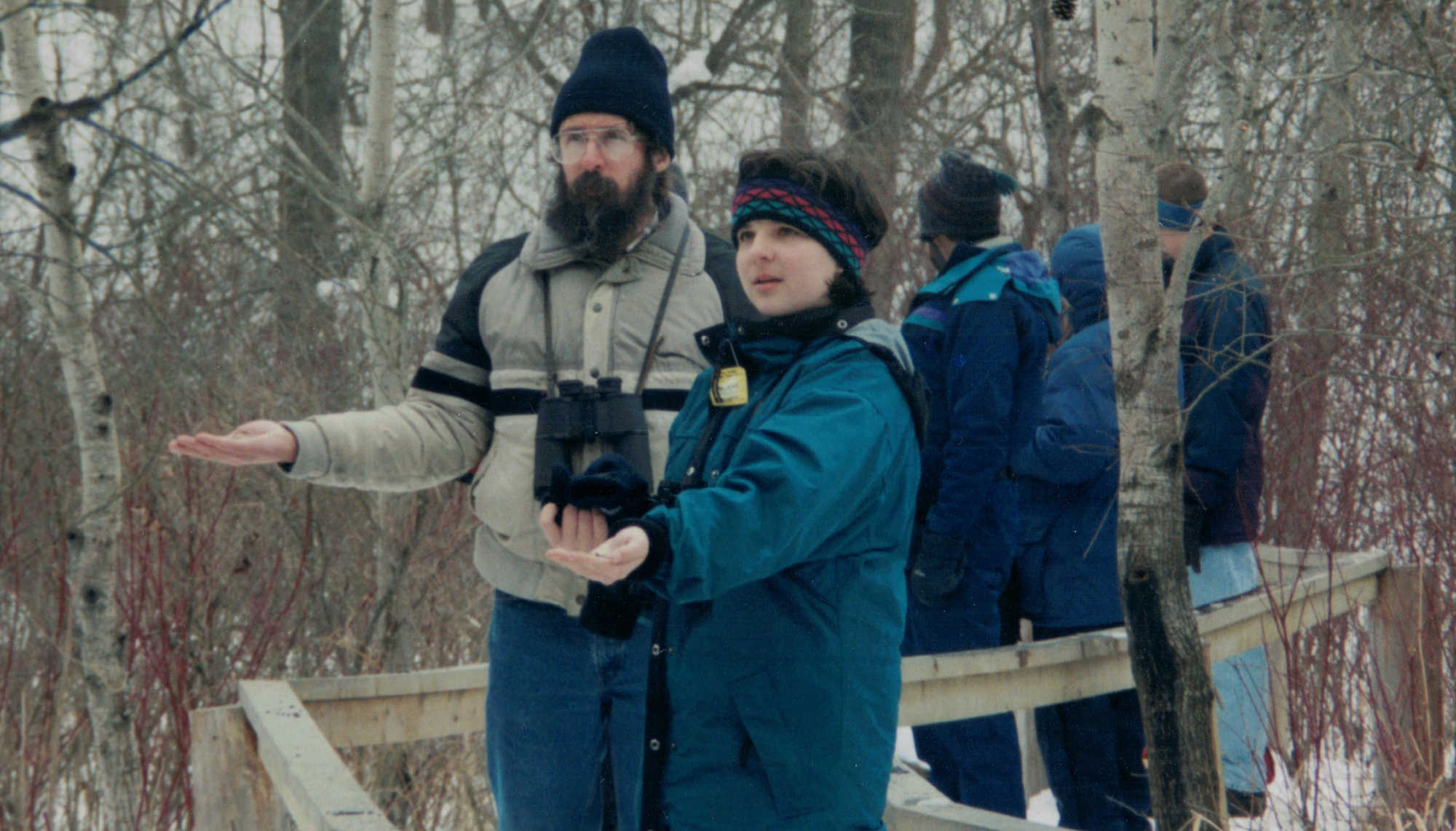 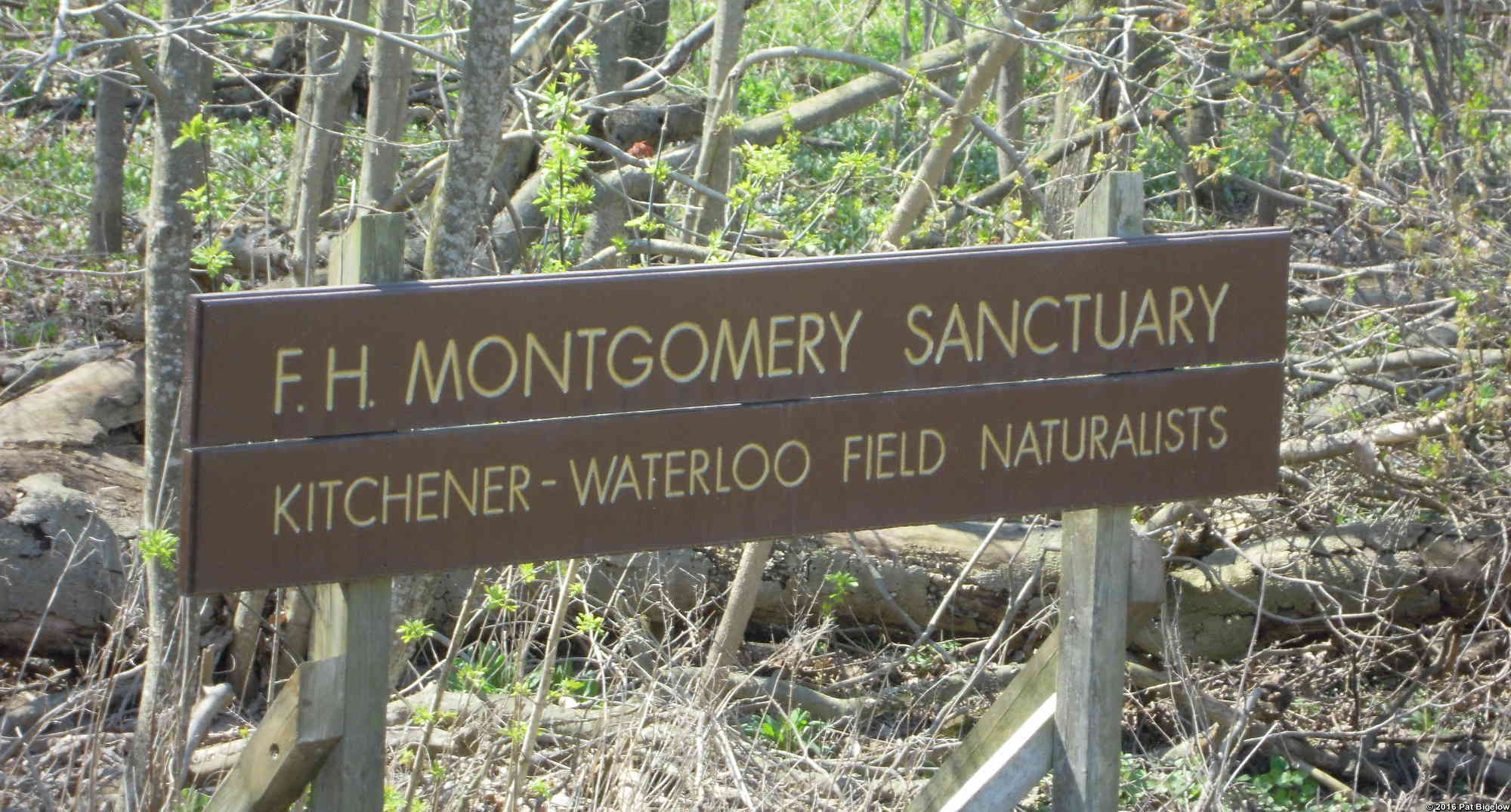 Sign at entrance to the F.H. Montgomery Wildlife Sanctuary 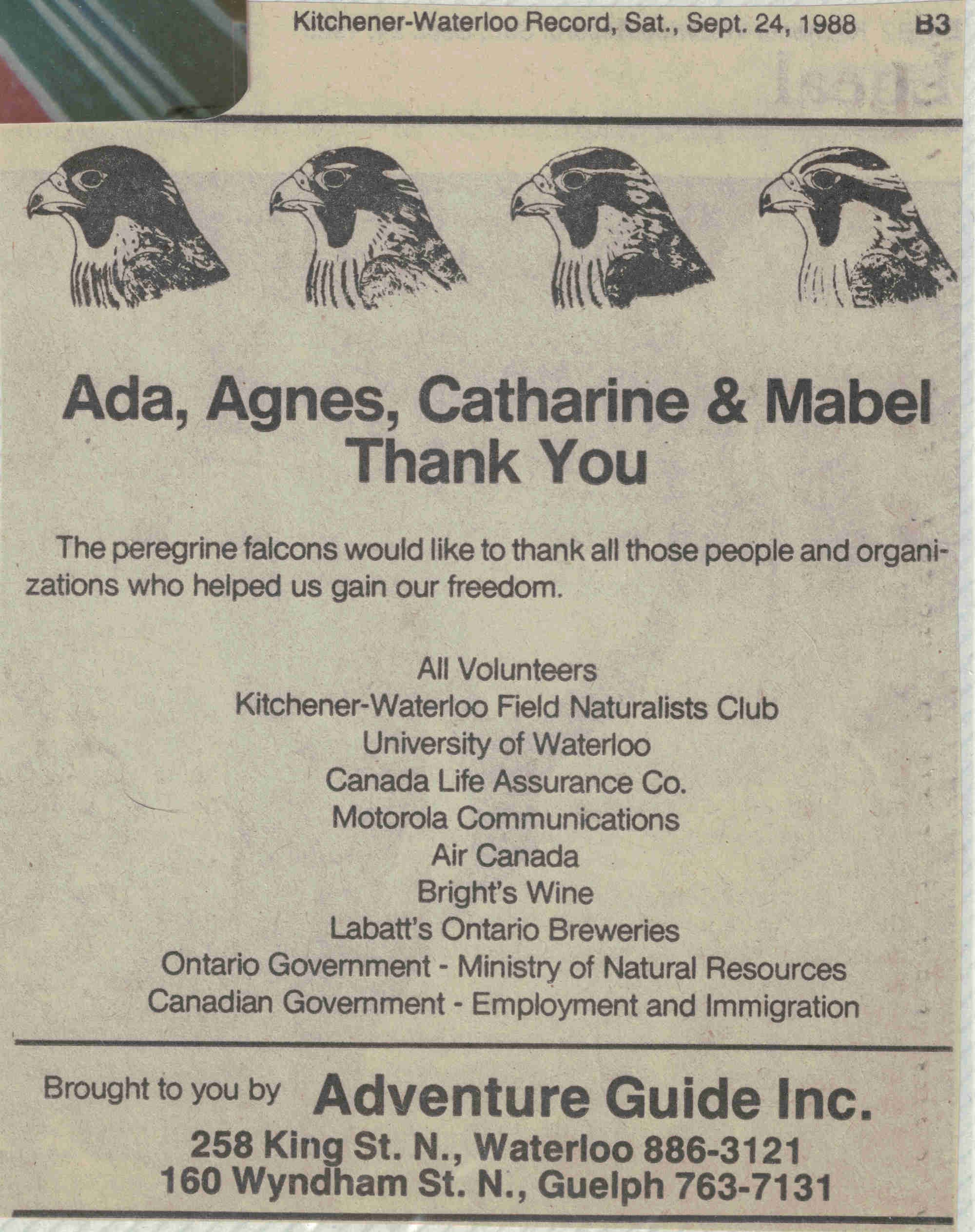 With land ownership came incorporation in 1969. Shortly after we received our official charitable status.

There were a number of conservation issues that the club monitored, and projects were initiated - environmental inventories,  assessments and recommendations; plant inventories; 200 bluebird boxes erected, numerous tree plantings.

KWFN hosted several conferences beginning way back in 1935. In 1984 we hosted the Federation of Ontario Naturalists Annual Conference at the University of Waterloo during our 50th Anniversary. In 2006 the Ontario Nature conference was held at Wilfrid Laurier University.

1988 was the year of The Peregrine Falcon Release Project.  Four one-month old chicks from the Peregrine Falcon Captive Breeding Facility in Wainwright, Alberta were airlifted to Waterloo, and their hack box was placed on top of the University of Waterloo library where they were fed quail. Then began a six week observation period to keep an eye on the initially clumsy fliers. All four birds successfully fledged.

In 2005 we joined with the Waterloo Stewardship Network and the City of Kitchener to create the Kitchener Natural Areas Program. We secured a Trillium grant to initiate various stewardship and educational activities, helping citizens understand and value healthy natural areas within the city. In 2009, the City of Kitchener approved long term funding for this program, and created a Natural Areas Coordinator position.

In 2014 The Kitchener-Waterloo Field Naturalists celebrated our 80th Anniversary and adopted Waterloo Region Nature as our new operating name.

Historical material from the Kitchener-Waterloo Field Naturalists archives can be viewed in person at the Region of Waterloo Archives.
For more information contact archivist@waterlooregionnature.ca.