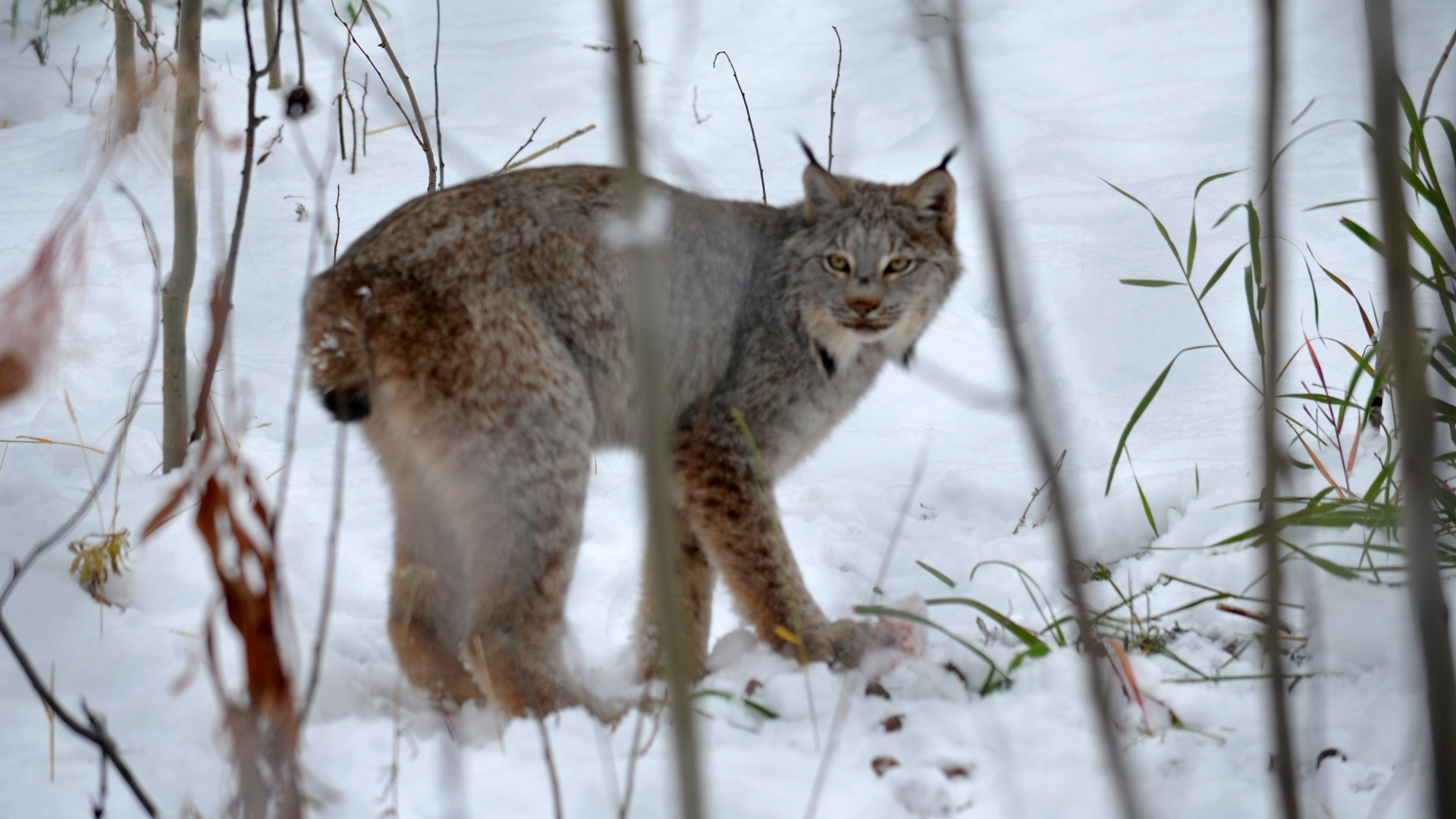 Please join us as Rachel Derbyshire shares (in-person) her recent field experience in Yukon Territory studying the Canada lynx. Rachel will discuss the importance of understanding the drivers of population cycles and animal movement behaviour and how this understanding can help predict and mitigate the effects of global landscape changes, such as climate change and habitat fragmentation, in northern ecosystems.

Rachel Derbyshire is a PhD Candidate at Trent University. For her PhD, Rachel is building on previous work in the Kluane region of the Yukon where lynx and hare populations have been tracked through several population cycles. Rachel is working to understand how the foraging and movement behaviours of a predator – the Canada lynx – are influenced by natural declines in its preferred prey – the snowshoe hare. This work has brought Rachel to Yukon Territory, where for three winters she has spent her days living off-grid while trapping, collaring, and tracking lynx through the vast boreal forest in which they roam.

This will be a hybrid meeting and you can choose to attend either in-person or via Zoom.

To attend via Zoom, register at:
https://us02web.zoom.us/meeting/register/tZMrf-mtpj0sGtABtA25LVRKkykP87mT53om

After registering, you will receive a confirmation email containing information about joining the meeting.