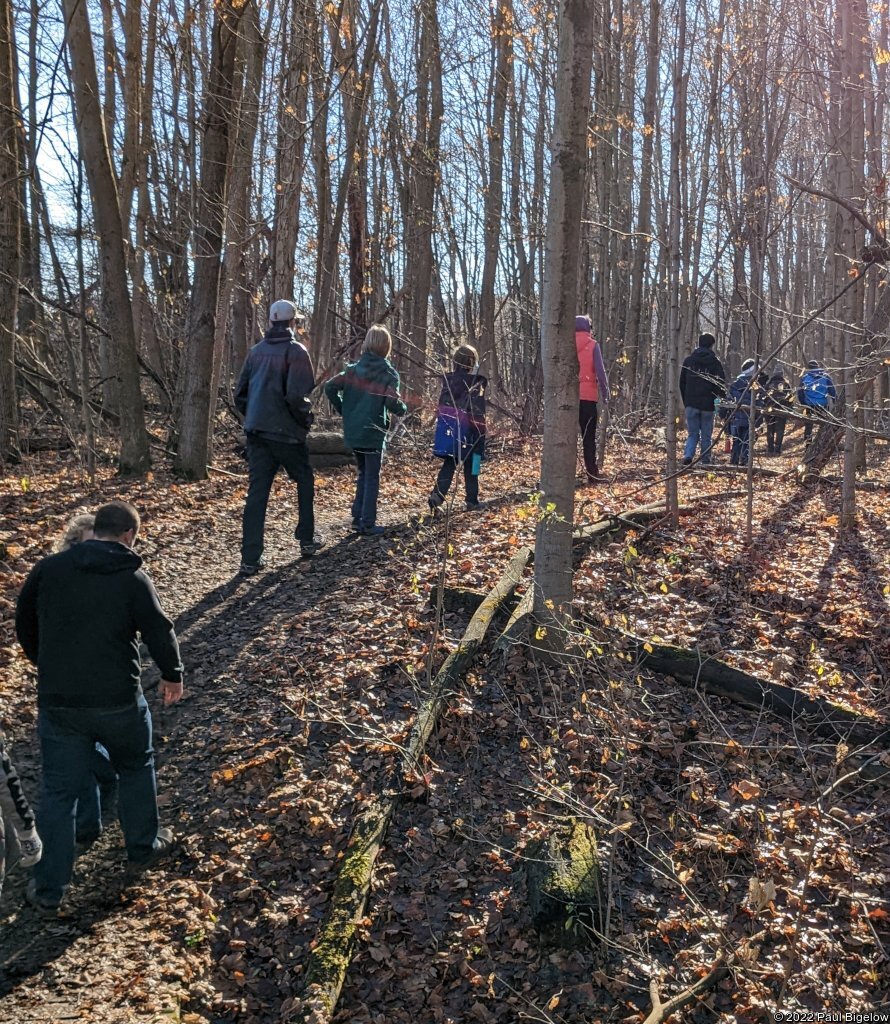 My favorite nature discovery this term was a visit to a place where people had been digging for artifacts from early North America, especially focusing on the First Nations people that had once lived there. An archaeologist taught us a lot of interesting things.

The best thing I liked about that day was that the archaeologist showed us how the early First Nations people used certain tools to make knives and arrowheads. He used a piece of cloth which he put on his knee. Then he put a chunk of black glassy rock which was called obsidian on that piece of cloth. He later used a lot of different tools to hack it. He said that these people used the bottom part of the antler of a moose to hack at the rock. When he pounded, the rock turned into a little flakes.

Here is what he said. When you apply downward striking pressure onto a rock, it’ll always flake off at a certain angle, and if you flake on both sides, then it’ll eventually lead to a sharp edge in the middle. In the present people would use short wooden handles with copper knobs at the ends to knock off the flakes. And the flakes that were knocked off could be used as arrowheads while the finished products could be used as a knife. That way a chunk of rock could make a bunch of arrowhead flakes and a knife at the same time.

I think it was very interesting and the archaeologist even let me take one of those flakes back home. I noticed that the stone had a smooth texture and flaked very easily. What made it extra interesting was that the stone always flicked at the exact same angle somewhere close to 45°. I suppose that if flaked at that certain angle all the time, then people would be able to determine what angle they wanted to make it into by hitting it in different directions.

During our walk they also showed us a lot of interesting sites in which they had found artifacts. There was a little knoll by the side of the Grand River where they had found some flakes. What made it interesting was it wasn’t an encampment or anything like that but it seemed to be that someone had once sat there and made something like an arrowhead.

I think being a archaeologist would be quite fun because you can use your imagination a lot. Sometimes the evidence that people left behind them isn’t enough to construct exactly what they were doing, so you have to use your own imagination to reconstruct what was happening. That makes archeology really fun.