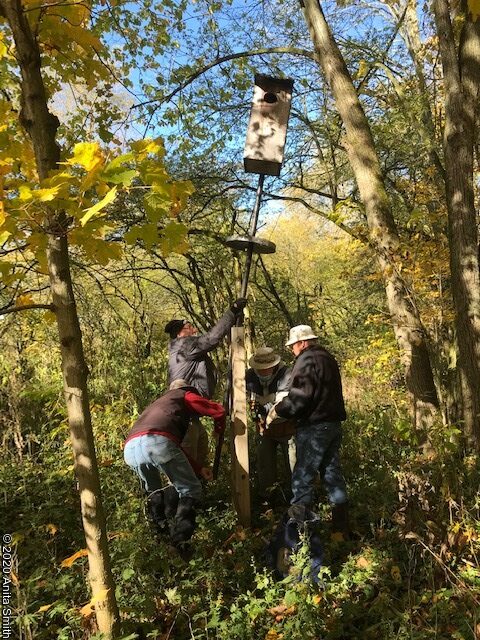 What a wonderful morning the Montgomery Team had on Friday, October 16th! The air was crisp, the sun was shining, and the autumn colours were stunning!

It had been a year since this team assembled at the property as a group because of the pandemic. Everyone wore masks as we assembled to discuss some business before heading onto the property for the work. We discussed the possibility of having the teens’ group come out on a Saturday after our spring clean up to do some garlic mustard pulls and setting tarps to deal with the invasive periwinkle. 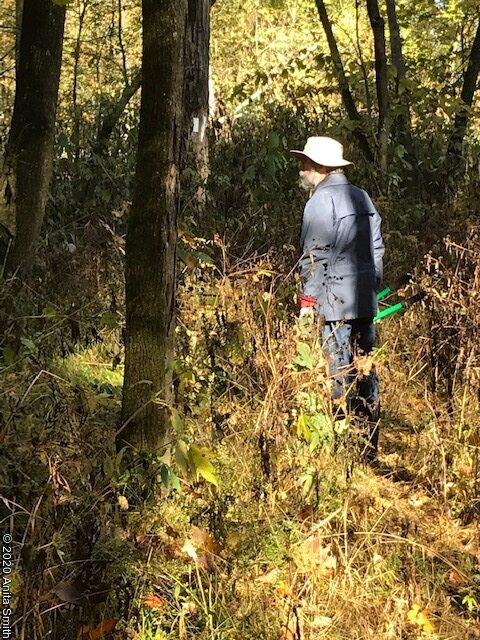 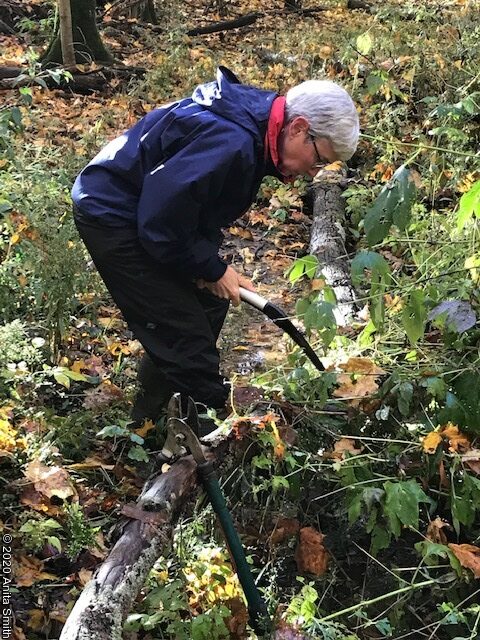 As the newbie committee chairperson, I was thankful that this team is such a well-oiled machine! Everyone came dressed, brought tools and equipment, and set off to work.

There were numerous trees which had fallen over sections of our trail that needed to be removed. The whole team also bushwhacked their way through other sections that were overgrown with vegetation over our heads!

The duck boxes are always a highlight of the morning. The west box had two unhatched screech owl eggs and many woodpecker feathers in it. The east box had a collection of feathers and several owl pellets, as well. It is surprising, and a bit disappointing, that there was no evidence of Wood Ducks using the boxes. 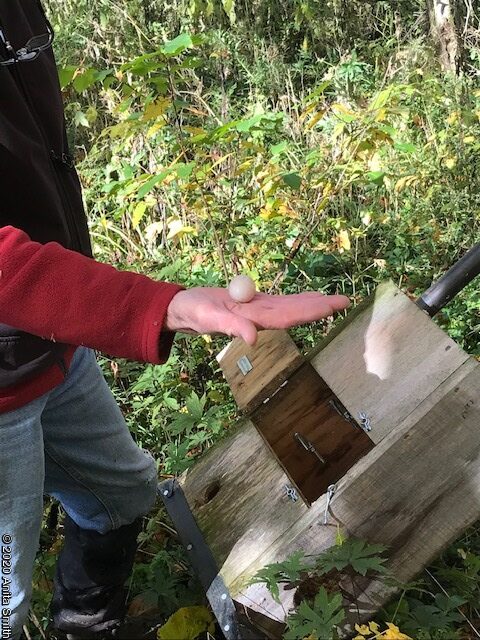 Not a single piece of garbage was collected, perhaps a sign that people really are heeding the message to stay home! How lovely to find the property in a “natural” state!

Several birds were heard and seen throughout the morning, including a Downy Woodpecker, several Turkey Vultures, and many Blue Jays. Fraser also pointed out a Greater Yellowlegs on an island outcropping in the river near the bridge. (Apparently it is “Greater” because its call has 3 hoots whereas the Lesser Yellowlegs usually calls with only two!) Thanks for the memory trick, Fraser!

Wayne noticed a large plant and suggested it might be Velvetleaf. iNaturalist agreed with his assessment. A group of us had a conversation about Giant Ragweed. A little further down the path we discovered a small cluster of Giant Ragweed, some with simple leaves and some lobed. There is something to wonder about every day! 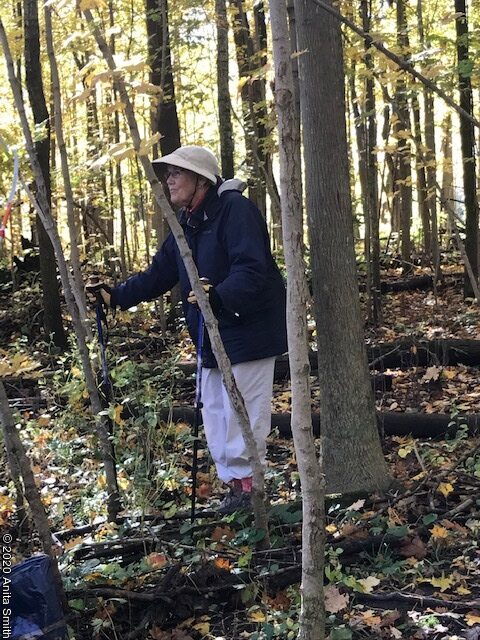 As we exited the property, we met 2 people wearing hip waders. I assumed they were there to fish but soon discovered they were working on an environmental assessment of the area as mandated before the reconstruction of the bridge can begin. Dean Fitzgerald is in charge of the assessment and he shared an explanation of the process, some of the findings (like discovering two species of threatened fish under the bridge: silver shiner and black redhorse) and invited questions and comments.

Following our conversation with Jessica and Dean we refreshed with some muffins and cider and headed off after a long but productive morning. Well done, team!