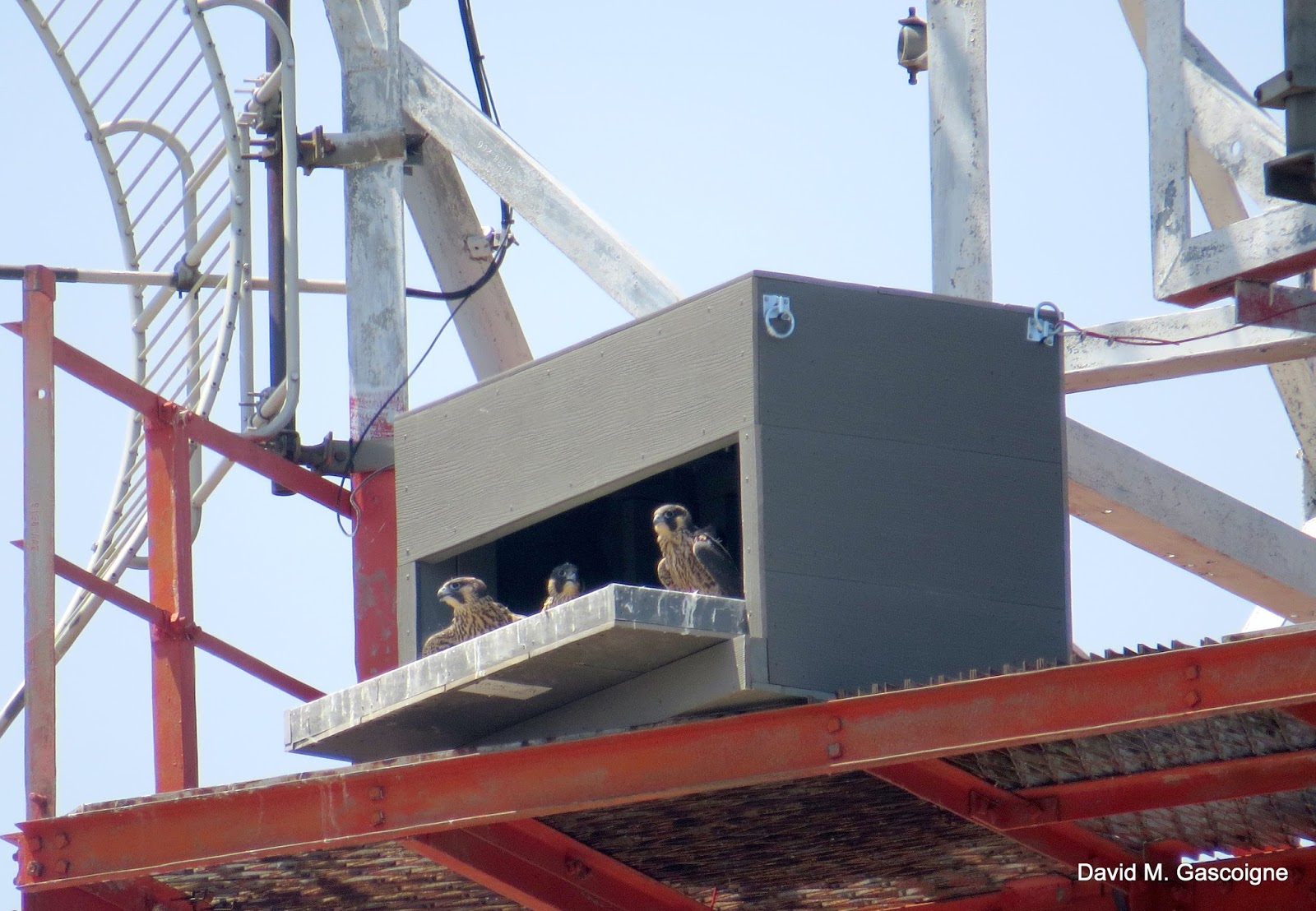 Our Kitchener-Waterloo falcon chicks hatched on May 6 and 7 and were banded at three weeks of age on May 28. Our three eyases had been well fed by parents Mystery and Mystery Man, so named because they are unbanded birds. The chicks were assessed, weighed, and christened Kawhi (this was during the NBA playoffs when Toronto Raptor fever was running high), Jupiter and Hemera.

On June 15 Kawhi was the first to leave the nestbox at the CTV tower on King St. Jupiter followed him the next day and then Hemera shortly after with a precarious flight to the window ledge just below the lower roof of Grand River Hospital after being enticed by the adult falcons. She did manage to return to the CTV tower before dusk, but was unable to gain enough loft to reach home. Hence she spent the night on a strut below the nestbox. She finally managed to return to the box the next day and over the course of the next two weeks joined her siblings on numerous flights to the King’s Towers roof and over the sports field to the east.

The rest of the fledge watch was fairly uneventful as we watched the adults taking the fledglings on flights farther afield and higher and higher. For the first time in the eight years we have been involved in the fledge watch, we did not have to rescue a downed fledgling even once, a pleasant surprise indeed.

Over the summer the young were schooled in the art of hunting their prey in the air and bringing it to various roof tops in the area. By mid September they were heading south to Central and South America for the winter. We may receive news in the next year or two if our KW falcons return to Ontario to raise families of their own. Meanwhile Mystery and Mystery Man will stay in Kitchener Waterloo for the winter and do it all over again next year.

Many thanks to WRN members Randy Fowler, Christine Alexander, Fraser Gibson, Don Thomas and Sandra Moores who participated in this year’s fledge watch.

Scroll back to top