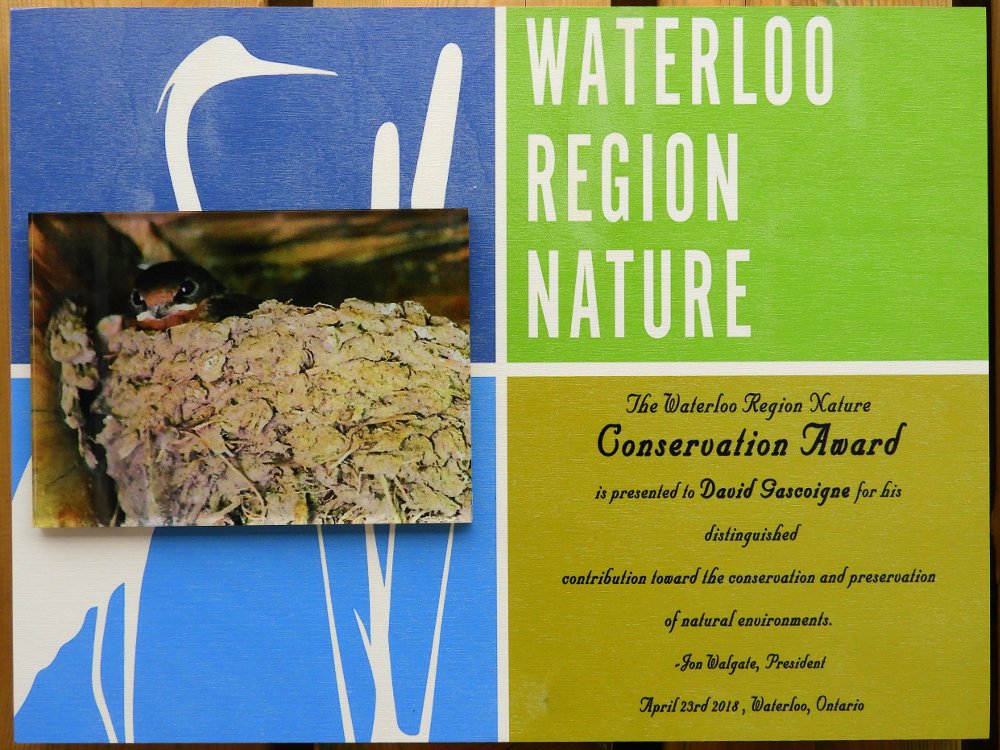 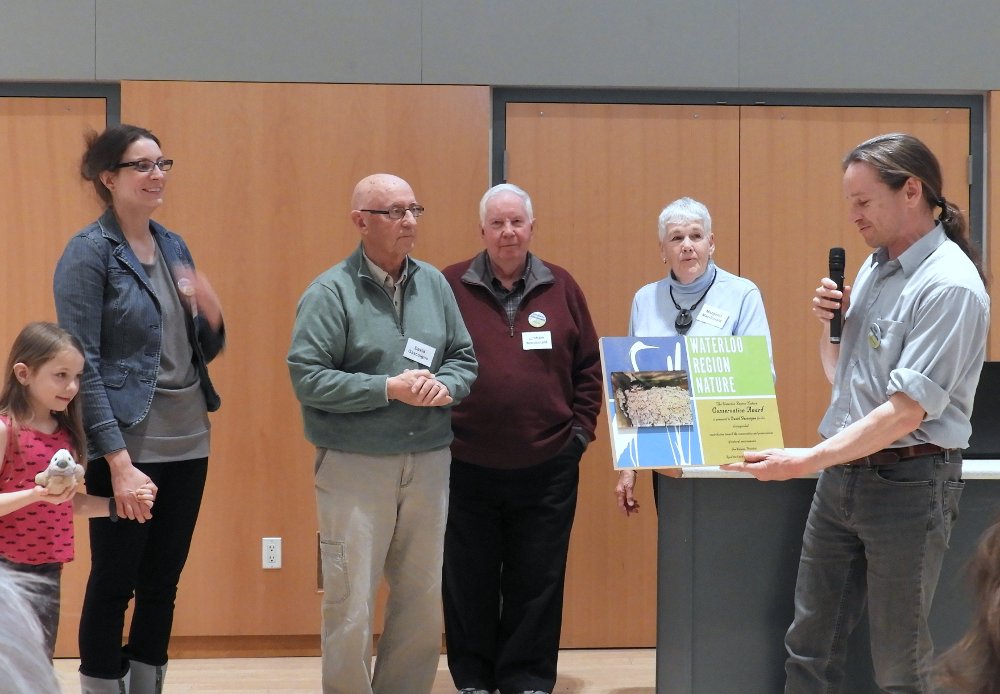 David Gascoigne was presented with a Conservation Award at the WRN meeting on Monday, April 23, 2018.

The Award Criteria for Waterloo Region Nature’s Conservation Award reads as follows: The nominee shall have participated in or instigated or increased public awareness of endeavours that have contributed to the conservation and/or preservation of the natural environment of the Region of Waterloo.

This year’s recipient of the Conservation Award meets those criteria hands down. Not only has he initiated programs that increase public awareness and conservation efforts locally, his work is recognized well beyond Canada’s borders. His efforts have been broadcast on the front page of The Record, as well as CTV news and the CBC.

Our award winner has served as president of Waterloo Region Nature. He is a volunteer at RARE, gives talks, leads walks and is an avid birder. He has initiated a barn swallow monitoring program that compares colonies in two local barns, carefully recording every detail; eggs are counted, birds are banded and some even have trackers so their migration to the south can be monitored. Bird Studies Canada was asked to rate this barn swallow monitoring program and on a scale from 1 to 10 they gave him a 12! Our winner has engaged a community of volunteers and students to join him in the work and now salamanders and butterflies are being monitored in the area as well.

As an avid birder he is known around the world. Recently the world’s gull expert, Klaus Malling Olsen, contacted our award winner asking for photos to include in his latest book; A book which, by the way, Princeton University Press has asked our winner to review!

This year’s Conservation Award recipient is genuine, engaging and inspiring. Graduate students request to work with him over the paid TAs assigned to courses. Even the youngest children he works with, such as in a class in St. Jacobs, find his enthusiasm contagious. A six-year-old girl in that classroom recently asked for his phone number, so she could give him a call the next time she spotted an interesting bird. 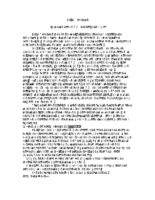